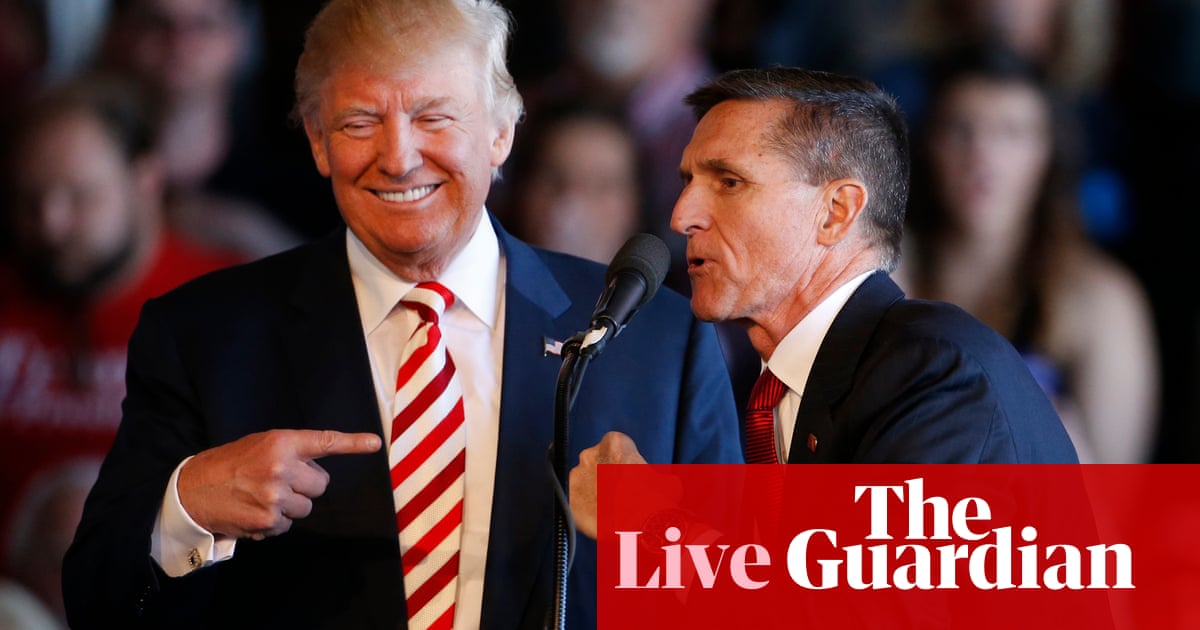 Flynn to learn fate at US district court at about 11am ETTrump wishes him ‘good luck’ in early-morning tweet barrageHelp us reach our $1m goal. Make a year-end contributionGet the new US morning briefing. Sign up

CNN’s Chris Cuomo has been through the Senate reports on how Russia targeted the 2016 presidential election. His takeaway is that “the tactics that the Russians used were really, really similar to what we saw from team Trump”.

Cuomo cited an unnamed senior Trump campaign official who told Bloomberg the Trump campaign were targeting the same groups as the Russians went after: african-americans, young women and white liberals.

The Republican controlled Senate Intel Committee just put out some third party research that provides our best evidence to date of what Russia was doing on social media to muck up our election. The clear goal: help Trump. #LetsGetAfterIt #CuomoPrimeTime pic.twitter.com/kwqTdumoGc

Postcards from a nervous world: Moments in time from life during the pandemic

Coronavirus Comes to the Kremlin

Macron says France is there for Italy, Europe must not be ‘selfish’

RT loses challenge against claims of bias in novichok reporting

After Exposing Corruption in Russian Courts, He’s Now in Jail Himself

Latest news from over 110 Russian and Western sources, YouTube and Twitter.
Our archive contains 311,511 news items. 601 articles added this week.