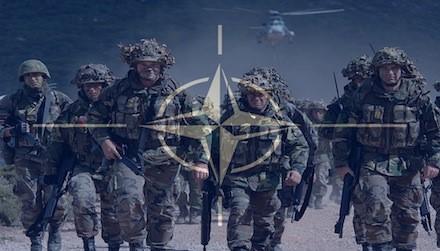 Authored by Adam Dick via The Ron Paul Institute for Peace & Prosperity,

NATO is marketed as providing each member nation with the benefit that the other member nations are committed to coming to its aid militarily in the event of an attack by another nation, especially Russia.

However, Pew Research Center poll results released Sunday indicate that the majority or plurality of people in 11 of 16 NATO countries where individuals were questioned oppose their respective governments meeting this commitment, at least if the military adversary were Russia.

These poll results indicate that serious thought should be given to disbanding NATO, an organization with a primary objective that appears to be at odds with public opinion in many NATO countries.

When asked if their respective…

The Unthinkable Is Happening: Oil Storage Space Is About To Run Out

Pray For Rain: Crimea’s Dry-Up A Headache For Moscow, Dilemma For Kyiv