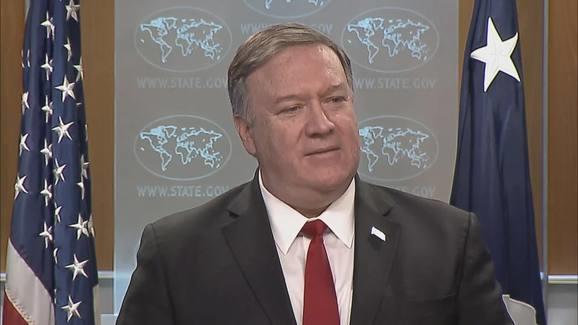 U.S. Secretary of State Mike Pompeo said on Tuesday that he believed that the Russian military was behind the killing of dozens of Turkish soldiers during an attack in Idlib earlier this month.

According to statement from Pompeo, he said he believes Russia was likely behind the killing of the Turkish soldiers, which was later blamed on the Syrian Armed Forces.

This attack later resulted in a large-scale retaliatory assault that was carried out by the Turkish military against the Syrian Arab Army (SAA) in the Idlib, Aleppo, and Latakia governorates.

Furthermore, Pompeo vowed to provide aid to Turkey after the killing of its soldiers.

The Cost Of The Oil Price War Is Growing For Russia

JRL NEWSWATCH: ”They need to quarantine Moscow’; How small businesses in Russia’s capital are scrambling to stay afloat as coronavirus clobbers the economy’ – Meduza

Still Working After All These Fears: Russian Clerks, Couriers Remain On The Job As COVID-19 Crisis Unfurls

COVID-19: Russia To Close Its Borders; 139 More Deaths In Iran

Latest news from over 110 Russian and Western sources, YouTube and Twitter.
Our archive contains 311,545 news items. 618 articles added this week.