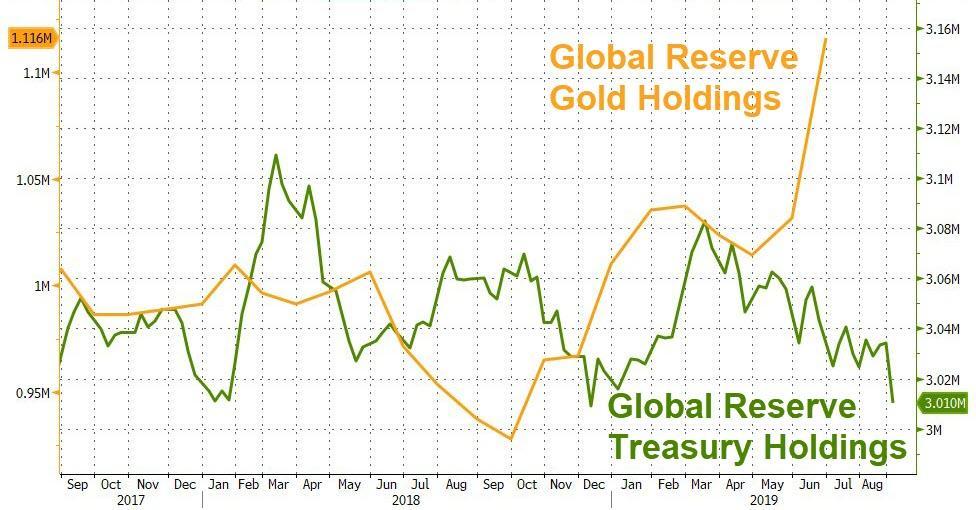 Late last year, data released by the PBOC and the Russian Central Bank shone a light on a disturbing – at least, for the US – trend: As the Trump Administration ratcheted up sanctions pressure on Russia and China, both countries and their central banks have substantially “diversified” their foreign-currency reserves, dumping dollars and buying up gold and each other’s currencies.

Back in September, we wrote about the PBOC and RCB building their reserves of gold bullion to levels not seen in years. The Russian Central Bank became one of the world’s largest buyers of bullion last year (at least among the world’s central banks). At the time, we also introduced this chart.

We’ve been writing about…

COVID-19 Deaths Near 1 Million As Outbreaks Worsen In US, Europe: Live Updates