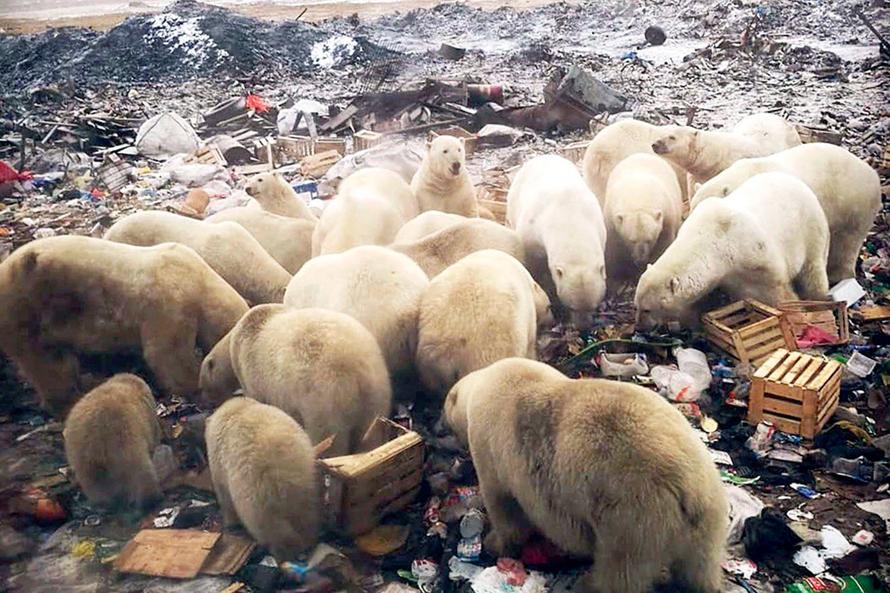 A state of emergency has been declared in a remote Russian settlement on the Polar archipelago of Novaya Zemla after more than 50 polar bears recently rolled into town in search of food, and started wreaking havoc for the locals.

People are fearful of going outside since the aggressive bears are more than capable of mauling a human to death.

This has made daily life in the arctic village even more difficult.

Residents of the remote village are “afraid to go outside” and “daily life is in turmoil”, according to Aleksandr Minayev, deputy head of the local administration.

“Parents are wary of letting children to go to schools and kindergartens,” he made clear.

However, locals cannot shoot the bears because they are an endangered species. The Russian agency tasked with protecting natural resources denied a request by local officials to shoot the bears.

Zigansha Musin, the head of the local government authority, said “I have been…

Watch: Turkish-Backed Jihadists Attempt To Down Russian Jet Over Idlib With MANPADS

Libya Asks US To Establish Military Base To Combat Russian Presence

Bernie Tells “Autocrat” & “Thug” Putin To “Stay Out” Of US Elections, But Also Slams WaPo For Hit Job

Are US Intel ‘Officials’ Meddling In US Election With “Report” Russia Is Aiding Sanders?

Latest news from over 110 Russian and Western sources, YouTube and Twitter.
Our archive contains 308,498 news items. 626 articles added this week.