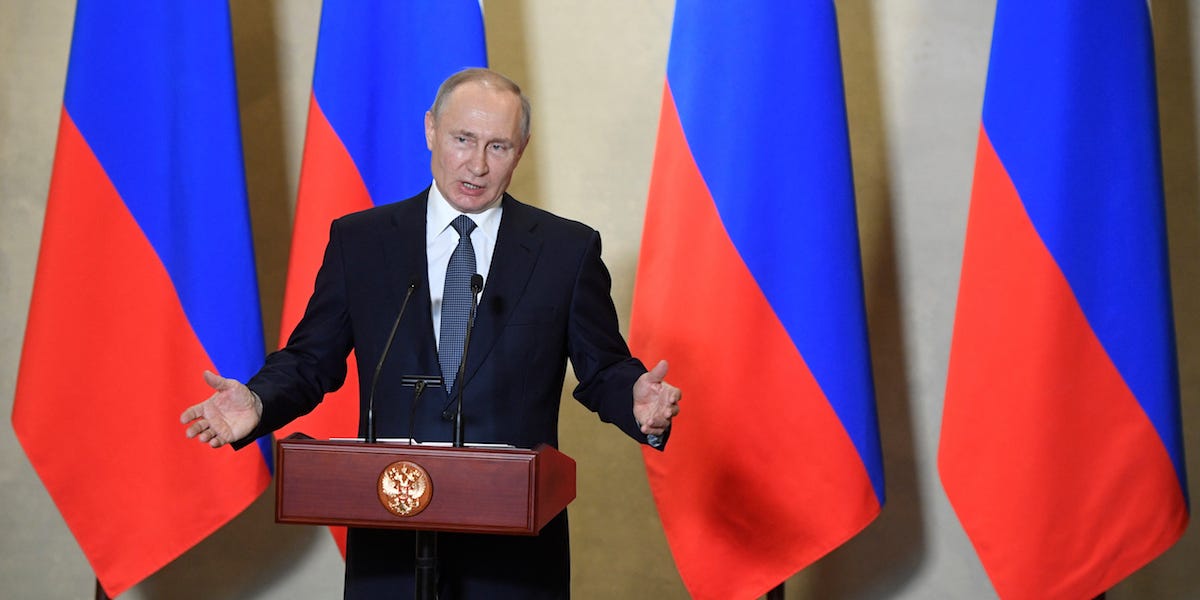 Russia is aggressively exploiting the confusion and panic in Western countries over the coronavirus pandemic, a new report by the European Union’s foreign policy analysis service has found.
The report has not been made public, but was described to Business Insider by an intelligence official based in Belgium who tracks Russian operations.
“The overarching aim of Kremlin disinformation is to aggravate the public health crisis in Western countries … in line with the Kremlin’s broader strategy of attempting to subvert European societies,” the report said, according to Reuters.
The disinformation is coming in the form of country-specific messaging by social media bots that press on existing tensions in the targeted area’s society, the intelligence official said.
For example, when Spain saw a spike in cases, European officials saw bot armies spreading Spanish-language posts that discussed separatist movements in Catalonia and ethnic tensions, the official said.
Visit Business Insider’s homepage for more stories.

Latest news from over 110 Russian and Western sources, YouTube and Twitter.
Our archive contains 317,040 news items. 600 articles added this week.