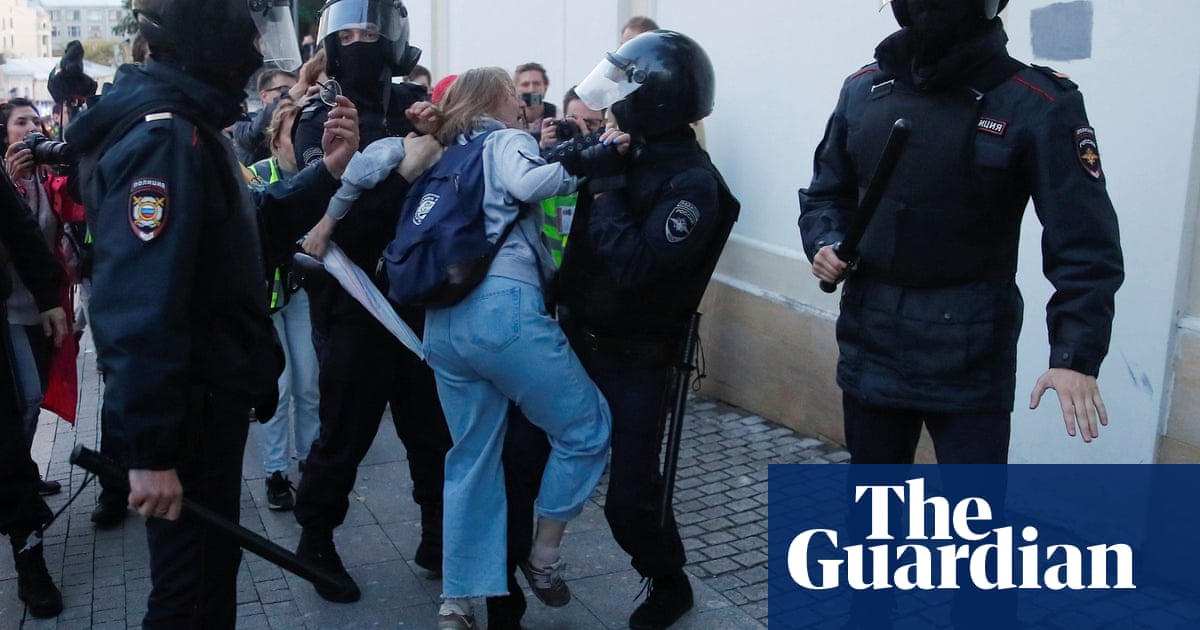 Russia’s interior ministry has opened an investigation after a video went viral showing a riot police officer punching a woman in the stomach during a protest for free elections.

The video shows a young woman dragged by two masked policemen in riot gear, with one of them punching her in the stomach so he can reach down to pick up a baton. The images provoked outrage in the media and on social networks.

Related: Moscow’s peaceful protests enrage the Kremlin because its only tool is violence | Alexey Kovalev

The New U.S.-Russia Space Race Has Begun (But Moscow May Be Bluffing)

The brazen (and careless) Russian assassination team behind the Salisbury poisonings has been spotted in Europe, again

Latest news from over 110 Russian and Western sources, YouTube and Twitter.
Our archive contains 305,958 news items. 584 articles added this week.