Russia voted to pass a law that claims to limit presidential power, but a cynical loophole means Putin can rule until 2036 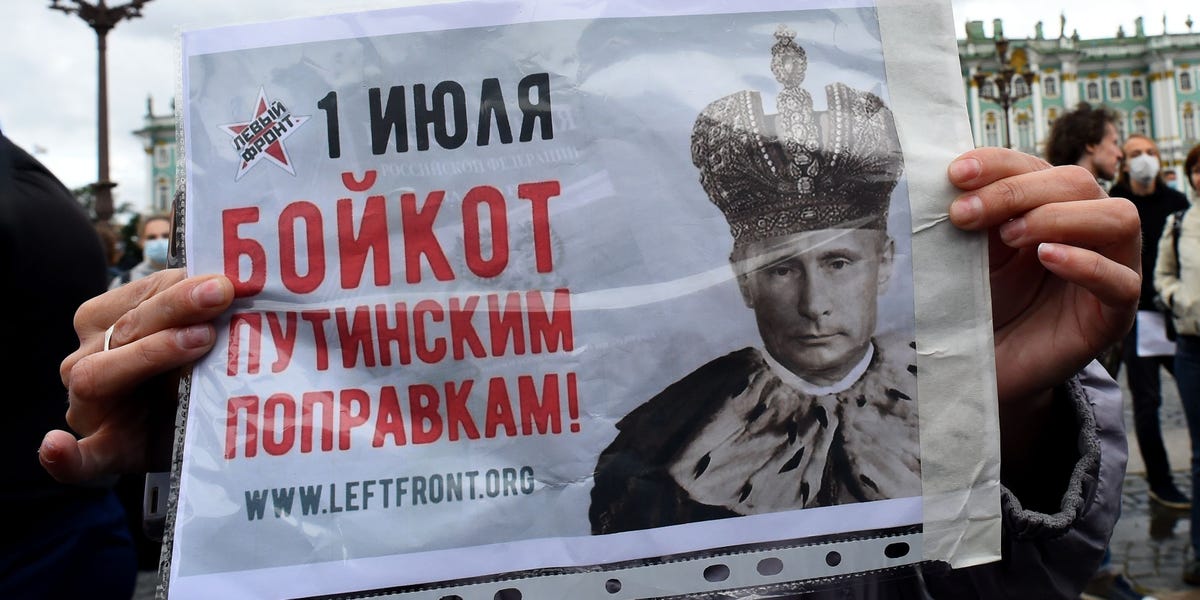 Russians voted to approve 206 constitutional amendments on Thursday, many of which were presented as a boost to parliament power and limit presidents.
But one amendment, hidden down the list, removes the two-consecutive-term limit placed on sitting presidents.
This means that President Vladimir Putin, whose term is to end in 2024, would be able to run two more times in 2024 and 2030. If he wins both elections, he could rule until he is 83.
Parliament already approved the law in March, but observers say Putin wanted a public referendum to give the impression that he was popular.
One election watchdog said the seven-day public vote bears unmistakable signs of “rigging.”
Visit Business Insider’s homepage for more stories.

Russians have voted to pass 206 constitutional amendments, most of which ostensibly serve to limit presidential power. But among them is one that could keep President Vladimir Putin in power until 2036.

In January, Putin proposed a number of…

Latest news from over 110 Russian and Western sources, YouTube and Twitter.
Our archive contains 321,772 news items. 504 articles added this week.