Russiagate: The Toxic Gift That Keeps On Giving 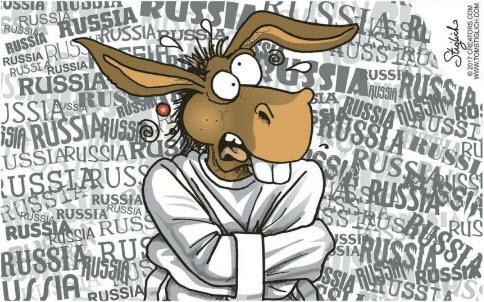 Russiagate: The Toxic Gift That Keeps On Giving

All smears are boomerang smears. That is why anyone worth a damn does not engage in it. That goes for the Russia-Gaters, the left/right smears on Gabbard, the years of left/right smears on Assange, the attacks on the Green Party and now the Russia narrative attacks on Sanders. Falling into line with the secret police will not save anyone. Red Scares target dissenters and promote war. Isn’t the history clear enough?”

The despicable exhuming of “Russia!” to smear Sanders recently smacks of desperation and dishonesty.

Of course, the role played by the preposterous Russiagate conspiracy theory has always been the same: to be a distraction from issues that really matter. At best, it makes a mountain out of molehill. At worst, it’s straight up political psy-op.

New Citizens Of The European Union

Are Russians Stockpiling For A Coronavirus Lockdown?

Texas Or Canada: Where Will Oil Hit $0 First?

In New ‘Great Game.’ West Wants to Use Central Asia against Russia and China, Vinnik Says

Latest news from over 110 Russian and Western sources, YouTube and Twitter.
Our archive contains 311,824 news items. 660 articles added this week.