Russian troops patrol between Turkish and Syrian forces on border 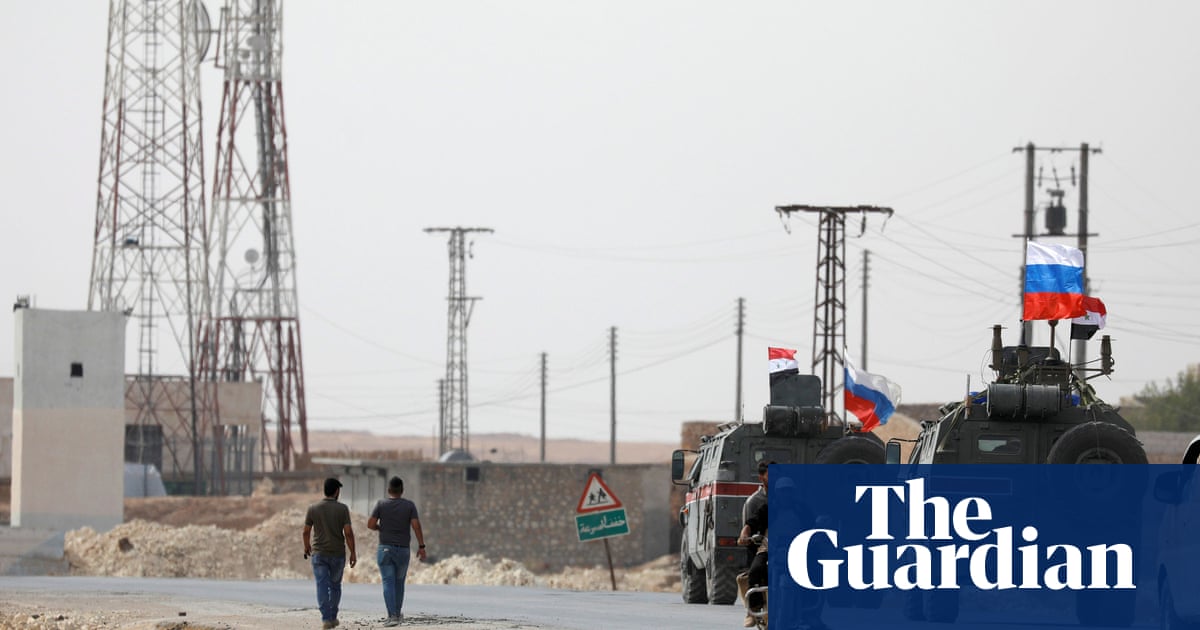 Russian units have begun patrolling territory separating Turkish-backed Syrian rebels from the Syrian army around the flashpoint town of Manbij in north-east Syria, in a clear sign that Moscow has become the de facto power broker in the region after the evacuation of US troops.

Oleg Blokhin, a Russian journalist usually attached to mercenaries in Syria, posted a video on social media on Tuesday from a deserted US military base in the village of al-Saadiya, near Manbij.

#Syria #EasternEuphrates#Russia|n PMC inside the #US base in #Manbij abandoned this morning. pic.twitter.com/II2FI68aBx

Who is in control in north-eastern Syria?

Can Russia and Turkey offer a solution to the Libyan crisis?

Where the Virus Is Growing Most: Countries With ‘Illiberal Populist’ Leaders

The Flynn Calls: His Dismissal of Russian Interference and the Kremlin’s Savvy

Trump and Putin Discuss Russia’s Attendance at G7, but Allies Are Wary

Latest news from over 110 Russian and Western sources, YouTube and Twitter.
Our archive contains 317,283 news items. 553 articles added this week.