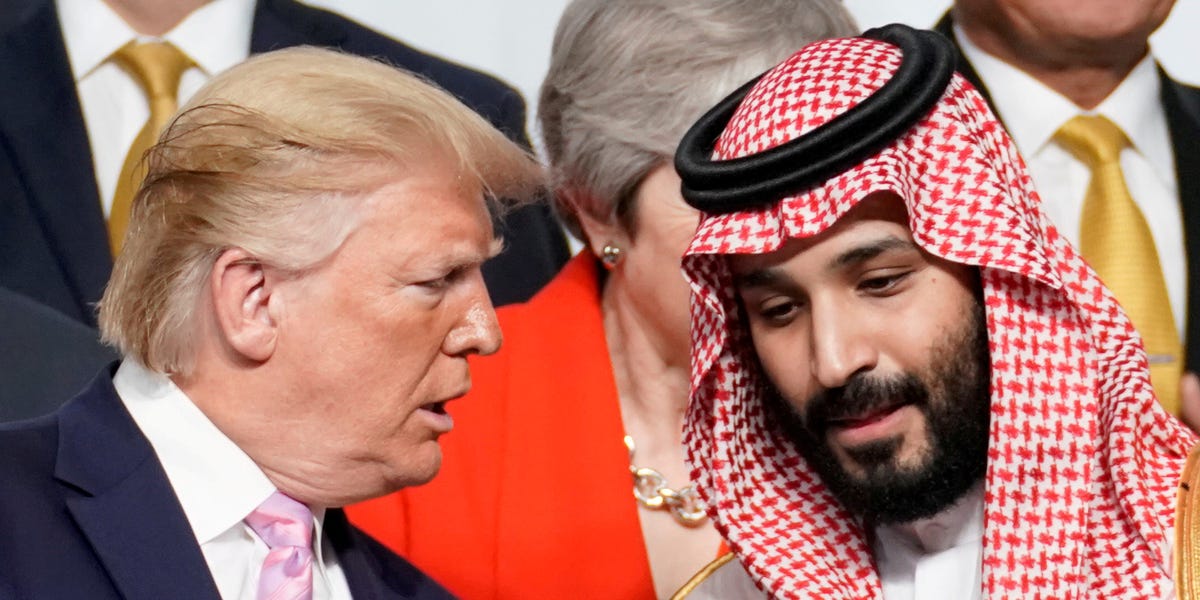 Russia appears to be the target of the oil war launched by Saudi Arabia this week, but the US, as a net exporter and the world’s largest oil producer, should also be considered a target.
This attack comes from a country that the US has shown deference to, and while Riyadh doesn’t have to be viewed as an enemy, they shouldn’t be seen as an ally, argues Enea Gjoza.
Visit Business Insider’s homepage for more stories.

In a reckless move characteristic of his leadership, Saudi Crown Prince Mohammad Bin Salman, known as MBS, spurred an oil crisis this week that cratered financial markets and could devastate American oil producers.

After Saudi Arabia indicated it will massively ramp up oil production, oil prices experienced their biggest one day drop in three decades. The Dow Jones Industrial Average also fell by 2,000 points, its biggest point drop ever.

The markets will recover from the initial shock, but…