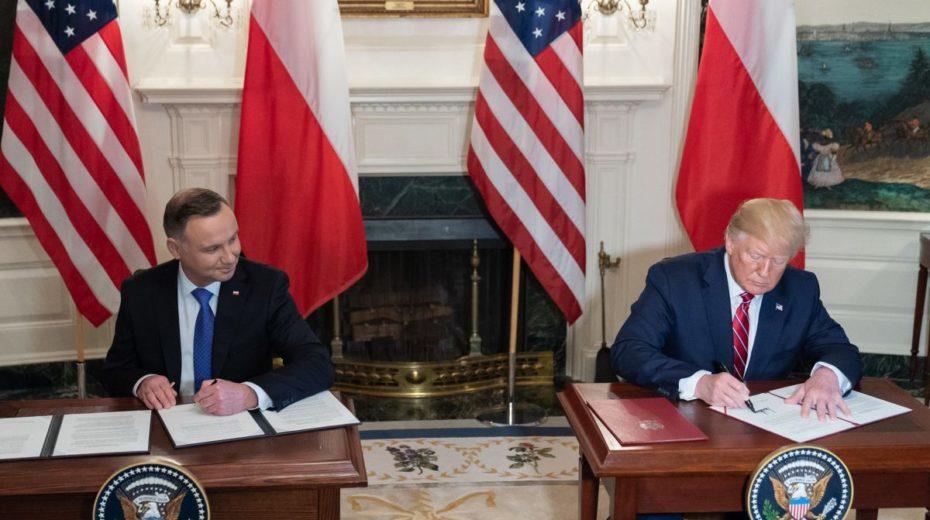 Authored by Finian Cunningham via The Strategic Culture Foundation,

President Trump laid out his rationale while hosting his Polish counterpart at the White House. President Andrzej Duda who is allied with the ruling Law and Justice Party (PiS) was on his third visit to the White House this week since Donald Trump took office. He is the first foreign leader to be received in Pennsylvania Avenue since the pandemic lockdown.

For such an honor, Trump readily explained that the purpose of his Polish embrace was to spite both Germany and Russia. He confirmed the planned removal of U.S. troops from German soil, which he announced last week, and said some of those units would be going to Poland.

Russia Denies It Is In Talks With U.S. About Expanded G7

The Map of Political Forces in Today’s Ukraine

Unplugging the Baltic States: Why Russia’s Economic Approach May Be Shifting

‘After I Fell, He Hit Me…And It Snaps’: Journalist Tells How Russian Police Broke His Collarbone As He Covered Vote On Constitution

Latest news from over 110 Russian and Western sources, YouTube and Twitter.
Our archive contains 319,522 news items. 531 articles added this week.