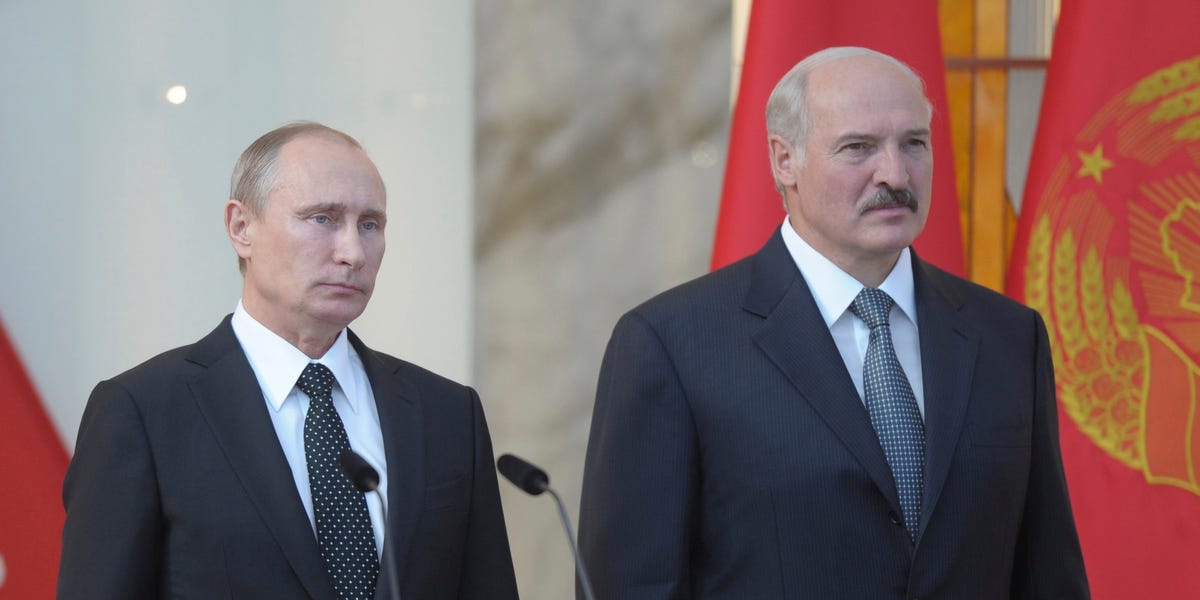 No one believes Aleksander Lukashenko won 80% of the presidential vote in the Belarus election — that’s why there was fighting on the streets of Minsk this weekend.
The chaos is likely to irritate Russian president Valdimir Putin, who has long wanted Belarus to stay closer to Moscow than Europe.
But Belarus officials arrested 33 Russian mercenaries, allegedly on their way to the Middle East, at a spa outside Minsk, complicating Putin’s next move.
Putin will probably have to make a deal to get them back, security sources familiar with NATO’s thinking tell Insider.
Visit Business Insider’s homepage for more stories.

Sunday’s re-election of Aleksander Lukashenko as president of Belarus appears to have been a debacle: He claims to have received over 80% of the vote, sparking violence overnight from incredulous opposition supporters who simply don’t believe the numbers. Officially, Lukashenko defeated a slate of challengers including principal rival Svetlana Tikhanovskay, the wife of a…