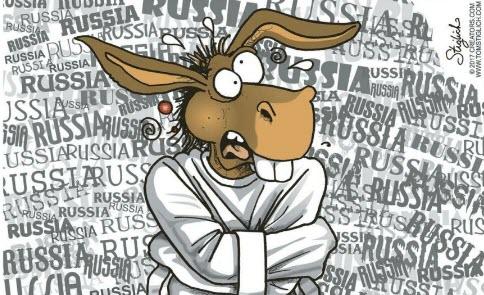 Authored by Jacob Hornberger via The Future of Freedom Foundation,

Amidst all the anti-Russia brouhaha that has enveloped our nation, we shouldn’t forget that the U.S. national-security establishment — specifically the Pentagon, CIA, and FBI — was convinced that Martin Luther King Jr. was a communist agent who was spearheading a communist takeover of the United States.

This occurred during the Cold War, when Americans were made to believe that there was a gigantic international communist conspiracy to take over the United States and the rest of the world.

The conspiracy, they said, was centered in Moscow, Russia — yes, that Russia!

That was, in fact, the justification for converting the federal government to a national-security state type of governmental structure after the end of World War II. The argument was that a limited-government…

How Russians View The West

US Engaged In “Shameless, Impudent Pillage Of Wealth” In Syria: Russia

Holy controversy over proposal to mention God in Russia’s constitution

Latest news from over 110 Russian and Western sources, YouTube and Twitter.
Our archive contains 308,191 news items. 588 articles added this week.