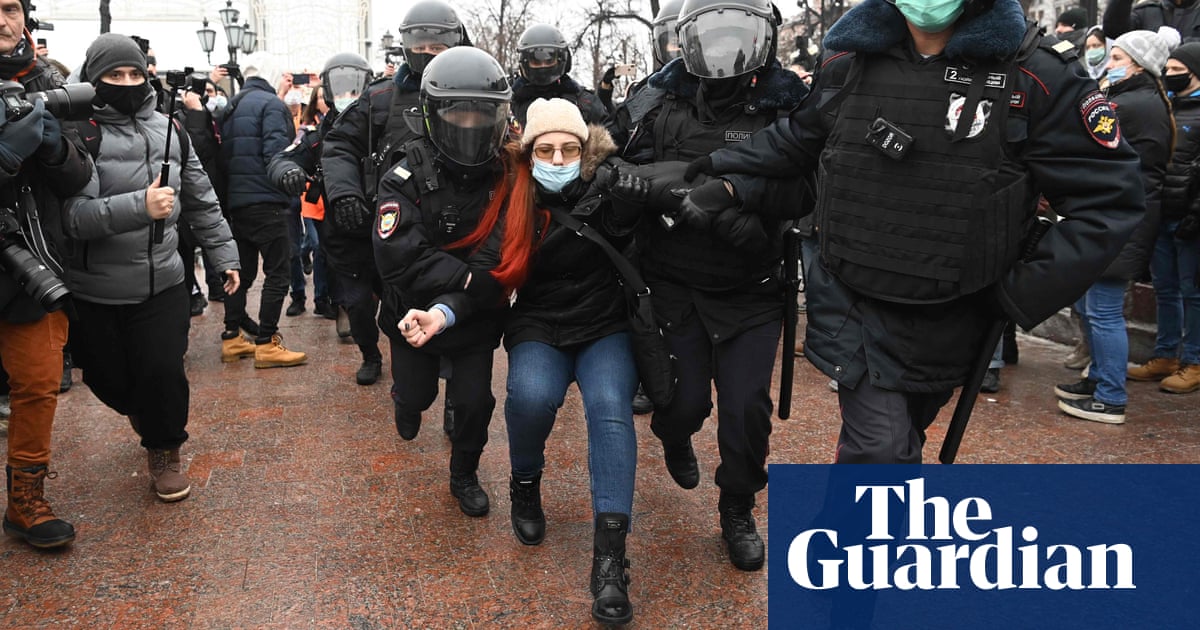 Thousands of supporters of Alexei Navalny have begun to protest in cities across Russia to call for the opposition leader’s release from jail.

Demonstrators gathered in cities and towns in Siberia and the far east with rallies in Moscow and St Petersburg expected to begin at 2pm local time (1100 GMT).

Pro-Navalny protests have kicked off in the Far East and now in Siberia, where 100s and 1000s coming out. Their size could influence whether he’s released from jail. Pics and vid coming out from Vladivostok, Irkutsk, Ulan-Ude, even Yakutsk, where it is -50C. So far 56 arrested. pic.twitter.com/PZSZbgteVU

Born in 1976 just outside Moscow, Alexei Navalny is a lawyer-turned-campaigner whose Anti-Corruption Foundation investigates the wealth of Vladimir Putin’s inner circle.

How globalisation has transformed the fight for LGBTQ+ rights – podcast

Navalny aides to push for sanctions against Putin-linked oligarchs

Latest news from over 110 Russian and Western sources, YouTube and Twitter.
Our archive contains 337,660 news items. 455 articles added this week.