Trump flew into a rage every time US intelligence warned him about Russia, so officials gave up briefing him on it, report says 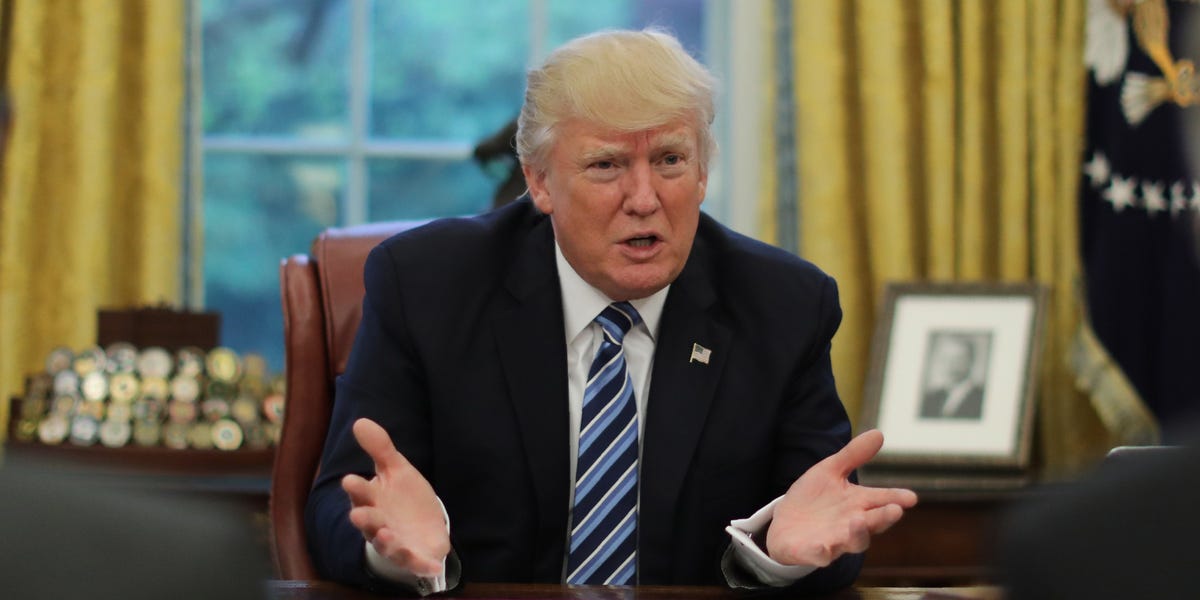 President Donald Trump would blow up at briefers who tried to tell him about Russia’s malign actions towards the US, according to CNN.
Multiple sources said this created a chilling effect, leading him to hear less and less about Russian threats and bolstering his belief in Putin’s good intentions.
Top security and intelligence officials denied the reports that Trump is unfavorable towards receiving intelligence about Russia. Business Insider has approached the White House for comment.
Visit Business Insider’s homepage for more stories.

President Donald Trump was briefed less and less with warnings about Russia’s behavior towards the US because he would get angry when presented with intelligence about it, a CNN report said.

Early in his presidency, officials learned to limit their verbal briefings on the topic and would often see their written materials ignored, according to multiple former White House officials cited in the report from CNN’s Jim Scuitto.

“The President has created an environment…

Latest news from over 110 Russian and Western sources, YouTube and Twitter.
Our archive contains 321,772 news items. 508 articles added this week.