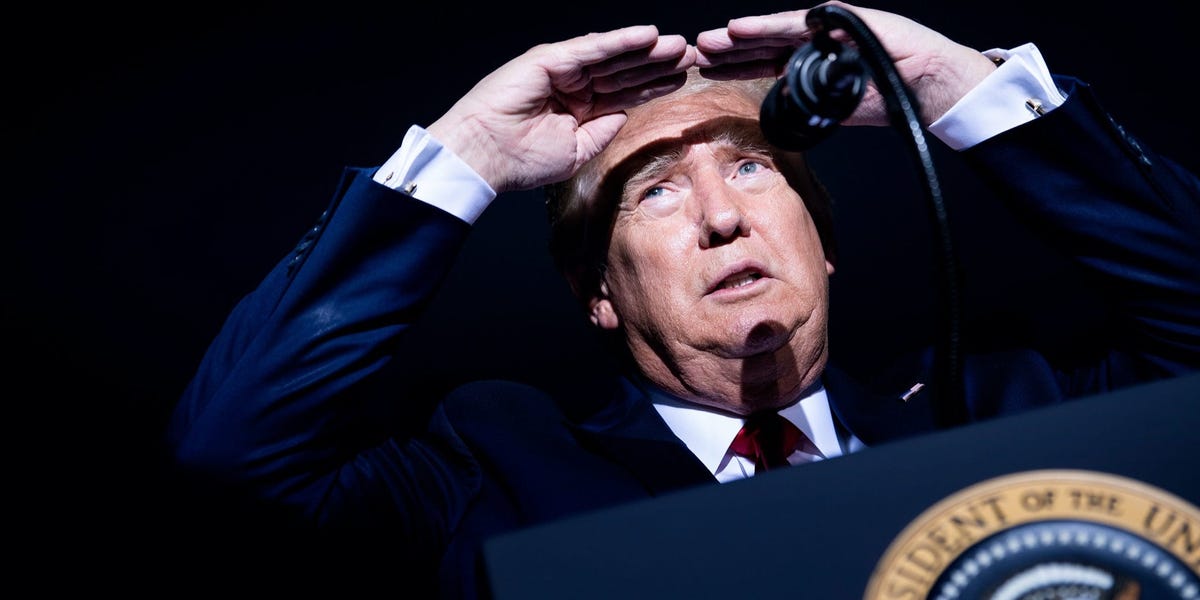 President Donald Trump bizarrely shared a tweet describing him as “fanboying for dictators” on Monday.

I didn’t know there would be even a question about this! https://t.co/QVZn2A7PYc

The first line of the tweet from a columnist summarized Trump’s comments at a MAGA rally on Sunday in Nevada, where he praised North Korean dictator Kim Jong Un and Russian President Vladimir Putin for being more mentally “sharp” than Democratic nominee Joe Biden, in another norm-shattering attack from a politician who built his personal brand on them.

“But you see, I deal with all these people and they don’t have the kind of mental problem that Sleepy Joe has, they’re very sharp,” Trump said.

The president is presenting himself as a tough negotiator with the leaders of these adversarial nations, despite failing to take action for Russia reportedly offering money for attacks on US…

Latest news from over 110 Russian and Western sources, YouTube and Twitter.
Our archive contains 326,313 news items. 497 articles added this week.