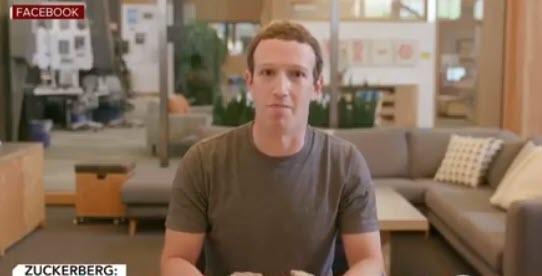 On the heels of Nancy Pelosi’s “drunk” clip, which Facebook refused to remove (prompting accusations from the Speaker that Mark Zuckerberg is enabling the Kremlin), the Facebook CEO himself has apparently been hit with his own fake video.

In an instagram post with almost 3,000 views (more we suspect any minute), a fake video of Zuckerberg created using “deepfake” technology proclaims the following chilling statement:

“Imagine this for a second…”

“One man with total control of billions of people’s stolen data. All their secrets, their lives, their futures. I owe it all to Spectre.”

The video was first spotted by Vice, was posted by an Instagram account known as @bill_posters_uk. The original, real video is from a September 2017 address Zuckerberg gave about Russian election interference on Facebook.

Should Professional Athletes Be More Worried About COVID-19 Or Lightning?

U.K. Puts Sanctions On Russians Over Link To Magnitsky Death

Latest news from over 110 Russian and Western sources, YouTube and Twitter.
Our archive contains 319,712 news items. 496 articles added this week.